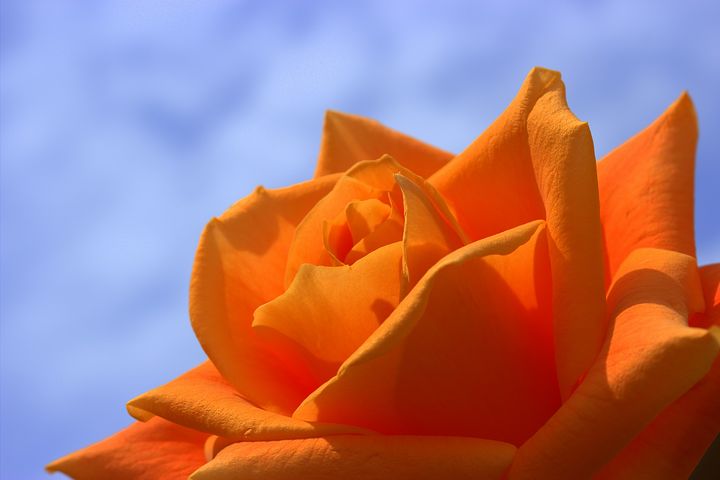 Beta-carotene is an interesting player in today’s world. It has always been, since I was a kid and I discovered it as being the tool to beautify salmon meat and caviar  (read more about that story here) – maybe since my parents were kids. Who knows? They did not have internet back then and access to the information was way more difficult. Luckily, today is much easier to write and access historical facts about quite everything, including beta-carotene – the unromanced vitamin A story.

This interesting bi-beta-ionone molecule that we call beta-carotene merges two worlds of chemistry: the wonder of the roses’ perfume and the fascinating (and delicious) nuances of bright red, yellow and orange that make many fruits and vegetables so much more appealing to us all. Beta-ionone is the compound that gives that unique and special fragrance to the blooming roses. Since very little amounts of beta-ionone are sufficient to notice a rose scent, this molecule became highly sought after in perfume industry. Although the rose perfume has been known and marketed for over 2 millennia chemists only identified its key ingredients less than half a century ago, in the ‘70s. Beta-ionones, despite being dramatically underrepresented in the composition of the rose perfume, are the most potent scent determinants. They account for nearly 90% of the rose fragrance! Why am I telling you all these facts? Because I want you to understand the basis of a multimillion dollar industry: the beta-carotene industry.

Anyway, back to the beta-carotene industry, when humans harnessed the production of beta-carotene from algae, we unlocked a wide-range of opportunities. This compound is utilized in the perfume and colorants industries, as antioxidants with wide applicability in anything that is oxygen-shy, food and beverages, cosmetics and animal diets too. The food and beverage industry utilization alone accounts for one third of the world’s total production of beta-carotene, another third is dedicated to dietary supplements and the last third to cosmetics. Click here to see an actual distribution from Grand View Research. While I will surely share with you in a future post all I’ll find about the chemically synthesized beta-carotene, let me tell you here what I know about the industrial sources of natural beta-carotene.

We extracted beta-carotene from fruits and vegetables, palm oil and even mushrooms (fungi), but none of these sources yielded as much beta-carotene as needed. This is what drove the initial pivot toward chemical synthesis, however, marketing purified natural beta-carotene proved to be far more profitable. This posed a problem, if we were to stick with naturally produced beta-carotene and meet the demand for industrial quantities, then we would have to find the organism with the highest possible beta-carotene content on Earth…So we did! It was a green unicellular flagellate alga called Dunaliella salina. It is said that this organism was discovered less than a decade ago (2010) in the Atacama Desert. Scientists thought it had survived drought by populating the water micro-droplets hanging in some spider webs (you can read more about it here). Interestingly, this discovery came just-on-time as the vitamin A research began to fade out (see the research trends here). Dunaliella was exactly what we needed: an organism resistant to heat, lack of water and high salinity. It was so resistant to heat and salt that us crazy humans explored the possibility of producing beta-carotene by growing it in the Dead Sea!!

However, connoisseurs take this “new Atacama Desert discovery in 2010” with a grain of salt. The year 2010 was not the year of birth for Dunaliella salina. When you are a Romanian born, trained in biochemistry, the Botanical Garden in Bucharest becomes your home for many years. That’s where you learn about the contributions of Prof. Emanoil C. Teodorescu (1866-1949), the Romanian botanist who was the first to describe Dunaliella’s habitats – salterns, salt lakes, and the Black Sea.

“He named the alga in honor of Felix Dunal who in 1838 had described such red-colored unicellular algae growing in the brines of solar salterns” – Oren A. The ecology of Dunaliella in high-salt environments. J Biol Res (Thessalon). 2014 Dec; 21(1):23

It seems then that our knowledge of Dunaliella is far older than 7 years. In fact, it is older than a century by now! Another interesting fact I found about Dunaliella was the biological reason behind its high beta-carotene content. Since its normal habitat is both hot and heavily sun-irradiated, these environmental conditions can damage the chlorophyll content – its main energy supply – and its DNA. Beta-carotene basically acts like sun-screen. Therefore, the more sun and heat, the more the beta-carotene production! Beta-carotene content reaches as much as 14% of the total dry mass of the alga. One liter of fully-grown Dunaliella suspension in salty pond water holds about 500 million cells and yields roughly 3 grams of dry algae biomass, of which 3-6% is beta-carotene. Given its well-known liposolubility, the beta-carotene is extracted using two solvents: 96% normal-hexane and, separately, hot vegetable and jojoba oil and can further be purified from there.

“Jojoba Oil is used medicinally. It contains vitamins E and B complexes. It also has the minerals silicon, chromium, copper and zinc. It has a very high percentage of iodine. The iodine concentration gives the Jojoba oil a great power to heal. Jojoba is liquid wax highly penetrating and closely resembles human serum. Inflammatory, anti-oxidant, prolong shelf life. Jojoba Oil is highly rich in Vitamin C, as well as processing sulfur, copper, and cobalt and has traces of tin, and a volatile oil. “ – Emeish S. Production of natural beta-carotene from Dunaliella living in the Dead Sea. Jordan Journal of Earth and Environmental Sciences. 2012;2(4):23-27.

One cubic meter of Dunaliella pond alga suspension will produce 114 grams of highly pure beta-carotene. To obtain 1 kg of pure beta-carotene, one would need just under 9 m3. Back in 2012, Emeish reported “this amount currently sells with roughly $3,000”. The cost seems strikingly high by comparison with the Alibaba.com market (<$100/kg); however, with no source or purity being listed, it is possible that the low cost may be for a chemically synthesized form of beta-carotene. After extraction, the remaining biomass of dried Dunaliella powder is commercialized as food additive for aquaculture to pigment crustaceans such as prawns. At this point in time, the biggest producer of beta-carotene in the world using microalgae is Australia (Cognis Nutrition & Health and Muradel). Among other prominent players in the beta-carotene market are the United States (AquaCarotene and Cyanotech), Japan (Nikken Sohonsha Inc), China (Parry Nutraceuticals), and Israel (Seambiotic). The world’s total production of Dunaliella is currently 1,200 tons per year. A few interesting facts about the beta-carotene extracted from algae: 1) it contains about 50% of the 9-cis isomer, as compared to 10% in the beta-carotene found in fruits and vegetables and 2) it is about four times more effective in deactivating oxidation products (conjugated dienes) than synthetic beta-carotene. As opposed to the synthetic beta-carotene that failed to prevent cancer occurrence in the ATBC, CARET and PHS studies, algae-derived beta-carotene has not yet been tested in any equivalent clinical trial. Not surprising is the fact that little research has been moved forward toward clarifying whether the cis or the trans isomer of beta-carotene is the “beneficial” molecule. What we know, however, is the fact that all the clinical trials above used synthetic beta-carotene (which is entirely the trans isomer). Interestingly though, if we would be to eat carrots, yams and other fruits and vegetables rich in beta-carotene, 90% or more of the ingested beta-carotene will be in the form of trans-beta-carotene. The simple explanation of that is that the trans-isomer is more stable than the cis-isomer, so it is energetically more convenient to have the trans version rather than the cis version. When choosing between the fruit or vegetable made beta-carotene and the algae-made one, I would argue that our natural habitat allowed humans to adapt for ingesting a rough ratio of 10% cis-beta-carotene and 90% trans-beta-carotene. The natural human habitat provided no Dunaliella sourced beta-carotene enriched in the cis-isomers. So, we don’t know what to expect from it. It may very well be that in our gut the extra cis isomers anyway convert into trans isomers and there is in fact no difference what-so-ever. Who knows? Find all my posts here