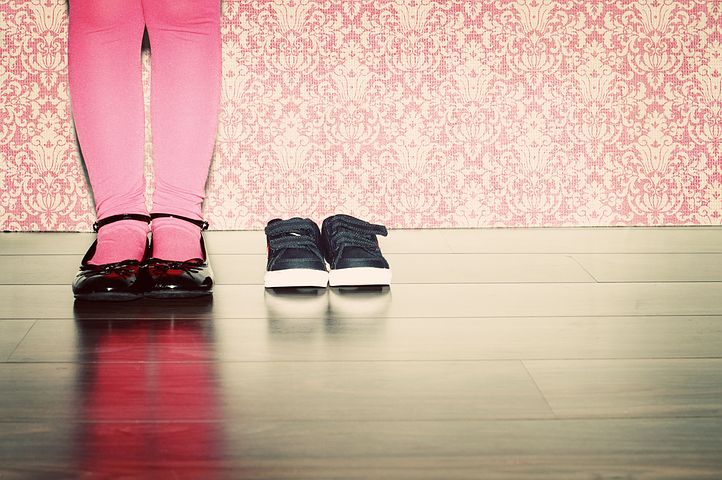 My first oncology pharmacy rotation is engraved in my memory with sorrow and fury. It was the first day as a pharmacy intern at St. Jude Children’s Research Hospital, in Memphis TN and – without me knowing – my why decided to reveal itself to me. Very few of my colleagues, if any, chose to be there. Oncology was a difficult rotation, not so much because of its extreme challenges as a medical and pharmacy specialty (arguably THE MOST difficult discipline anyway!), but for the endurance it demanded. Pediatric oncology in particular is almost as mentally and physically draining for each member of the clinical team as it is for the patient and for the family. We knew that. The school knew that too. That is why one, and only one, pharmacy intern will make it there if that one (e.g. myself) really WANTED to be there. I wanted to be there despite being the mother of a 3 1/2 year old and being 7 months pregnant with my second one. Not only had I chosen to go, help, and learn in pediatric oncology, but I requested to be there for as long as 3 clinical rotations (6 weeks each), instead of one. I did it because I was committed to making a difference one day. I wanted to learn it from the best and challenge myself to do the best possible then and always. However, I was soooo unprepared for what I was about to see and learn there!

It was a late, ruby and rainy October in Memphis. The hospital was getting ready for the Halloween parade and the solid tumors floor team was planning to transform the two nursing stations into “The North Pole” and “The South Pole“. All of us were to dress-up as penguins and attend the most memorable Halloween parade ever: the parade of our patients visiting the North and the South Poles. The moment I stepped on the floor wearing my white coat, I saw a kiddo’s shadow profiled at the other end. When she got closer I thought she must have been 2 or 3 years old. She was riding a little colored tricycle holding the handlebar with her left hand and pulling after her a rolling IV bag stand with the other hand. One quick glance revealed to me the cutest smile, the biggest eyes, the unforgettable presence of a kid that came straight to me because I was wearing a white coat… and she trusted anyone in a white coat. “I think I need my morphine” – she told me.

One quick glance revealed to me the cutest smile, the biggest eyes, the unforgettable presence of a kid that came straight to me because I was wearing a white coat… and she trusted anyone in a white coat. “I think I need my morphine” – she told me.

My Universe collapsed and dilated sequentially as I processed what she told me. I asked her to take me to her room so I could figure out who she was and how to help her the soonest possible. I made a princess joke as she walked me further down the corridor. Nothing else than her clearly stated need for morphine would have suggested that she was otherwise in any pain. I knew her for less than a few minutes and I already loved that girl. Seconds after figuring out who she was and who her nurse was, she had the nurse, the morphine and me – all in this order – back in her room. She was set to go back on her tricycle a minute later! From the beginning to the end it seemed like a mom calling her kid inside to clean her nose and then letting her go back out to play!  Jesus Christ! Was this real?? Yes it was! It was my why unveiling itself to me in all its pain and full reality.

I went straight into the nurses’ station were I was about to spend the next several weeks and grabbed her chart. She was about to be one of the patients that I was to care for while being there. The solid tumors floor rarely had the so called “no-more-chemo” parties, but the Make-a-Wish Foundation was always there planning to make happy another kid. She was a terminally ill child. She was – oh, my God!!! – the little girl I just met… My world felt blizzard-cold in that moment! I remembered the teachings of one of my favorite preceptors who confessed to me that, for her, as the pharmacist on the pediatric solid tumors floor “if a child dies pain-free that was a VICTORY“. The second nurse grabbed her tea and sat next to me at the big square rounding table. Every morning the clinical team got together there to discuss each and every case. The rounding was over for today, but the little girl was on everyone’s mind. Her wish was simple, but perhaps the most difficult the Make-a-Wish Foundation ever heard. She wanted a birthday party for when she will turn 3. She would have turned 3 in exactly two weeks from the day we are talking about. But making it to two weeks from that day wasn’t about to be an easy task for anyone around. Her life-expectancy wasn’t even close to two weeks!

The next morning at the rounding table there were no smiles. I watched nearly 20 of the most intelligent, trained and capable people I ever met seating muted, tearful and helpless. None was ready to take no for an answer! We had to find a way to keep her ALIVE for two more weeks. Had to! HAD TO!!!! None of us could live with ourselves if we didn’t.

On that day and in the following two weeks I learned that nothing can stop a group of committed people. If the right people want to be around the same table and work together for a common goal, they can and will make the impossible possible! This is how the next two weeks went by. When the Birthday Day came, everyone was celebrating! The Make-a-Wish Foundation was about to take our princess girl out for a shopping spree. Aside from her mom and siblings, her nurse went with them as well to ensure that all will go fine, safe, and uneventful. We all, the others in her assigned team, stayed in the hospital barely able to think of anything else. It was a victory that no one wanted to point at or claim. It was a birthday celebration that simultaneously brought together so much happiness and so much fury that none could take easily. I found myself sipping coffee from two cups, breaking off the third pen clip while nervously playing with it as I was reading through the same drug interaction evaluation for the tenth time without being able to make any sense of it. The attending entered the room three times asking for the only person that wasn’t there, then gave up and sat at the table with all the others.  We were tense, though happy. We were excited, but not relieved. Our princess was turning 3 that day, but she was about to be transferred to hospice next day. That didn’t feel right. We were a lot of very sad penguins gathered all at the South Pole and none of us could take it.

When the tension in the room culminated with absolute silence, the door opened and Princess’s nurse entered bursting into tears. She sat sobbing for a while on the only empty chair around the table. A very quiet and soft “What happened?…” made its way through from the other end of the room together with a cup of water and a box of tissues. “Can you tell us what happened?”, asked the same voice quietly. We didn’t know who asked, nobody turned their head, but we all had the same question.

She told us that they all went for the shopping spree and got lots of this and that. The Princess was happy and excited and everybody was happy for her all until she fell in love with a pair of shoes. A pair of beautiful princess shoes for which the store did not have her size in stock. It was pointless to place an order… Even a next day order could have made it too late for her! Yet, they were ready to try this anyway. But the Princess stopped them. She had very matter-of-factly taught them all  that there was a better plan: she decided to buy the pair that was in-stock but one size too big because she was about to grow into them…

Listening to Princess’s Nurse through that story was so painful, I thought I was about to bleed tears from my eyes… None of us were the same after this. We found ourselves in silence over a table without an empty chair. We ran out of tissues. We were the saddest penguins in the world.

We ran out of tissues. We were the saddest penguins in the world.

That day I promised the Princess that I will NEVER-NEVER-NEVER EVER give up in trying to stop this disease in any way I can, until I die. I know she’s an angel now and I know she’s watching over me…