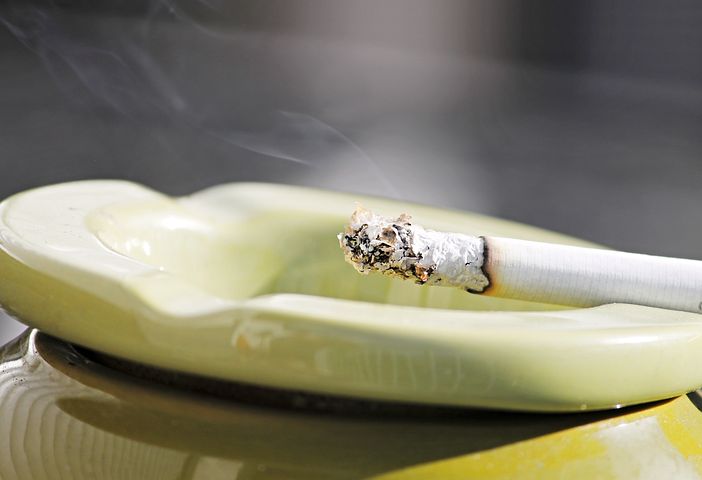 Ever since I came across the findings of the Alpha-tocopherol Beta-carotene (ATBC) and Carotene and Retinol Efficacy Trial (CARET) studies, I wanted to understand why beta-carotene caused more lung cancer and more death in a population in which it was meant to prevent cancer and extend life. There is a distinct difference between when your hypothesis fails and when, in fact, it turns out to be entirely the other way around! More recently, the Physician Health Study brought to light a safer face of beta-carotene. However, the major difference keeps us thinking: it was smoking that led to the lethal toxicity of beta-carotene, isn’t it? How safe is then beta-carotene among smokers today? For those of you interested to learn about my personal history with beta-carotene, I invite you to read more here. I had old ties with beta-carotene. I heard about this marvelous molecule since before I decided to go to college. Interestingly, it did not play a role in my decision to go for biochemistry, nor for pharmacy. But it did play a huge role in my decision to write about it on my blog and in my drug files.

If you surf the internet reading about beta-carotene, the info output is vast. Most sources indicate that eating carrots and any other foods high in beta-carotene – such as sweet potatoes, apricots, spinach, romaine lettuce, squash, cantaloupe, etc. – is safe and there is no toxicity risk other than (maybe!) carotenemia or carotendermia – the development of the orange skin, a harmless condition caused by the deposit of the beta-carotene in the outer layer of the skin. Beta-carotene is portrayed as a friendly molecule for which we have an enzyme in the gut – β,β-carotene-15,15′-dioxygenase – which just “knows” how much beta-carotene to convert into activated vitamin A. Hmmm!… I have a problem with that information. If that enzyme would only convert a limited amount of beta-carotene to vitamin A (retinol), then why was supplementation with purified beta-carotene far from safe for the participants in the ATBC and CARET studies? Right, it could be the cis vs. trans beta-carotene isomer hypothesis. Honestly, giving the maximized stability of beta-carotene as a trans isomer, it is most likely that even the 10% cis isomers seen in the plants we eat will ultimately be converted into trans isomers once the food makes it into our digestive system. I am yet to find a proof that β,β-carotene-15,15′-dioxygenase activity will be counter-regulated somehow.

“The Carotene and Retinol Efficacy Trial (CARET) was a randomized, double-blind, placebo-controlled trial of the cancer prevention efficacy and safety of a daily combination of 30 milligrams (mg) of beta-carotene and 25,000 IU of retinyl palmitate in 18,314 persons who were at high risk for lung cancer. The investigators studied two high-risk populations: 4,060 men with extensive occupational exposure to asbestos, and 7,965 men and 6,289 women with at least 20 pack-years of cigarette smoking history. CARET began in 1985 with two pilot studies (Vanguard cohort) and expanded to six sites beginning in 1988 (Efficacy cohort). The study design projected active intervention until 1997, encompassing 110,000 person-years of follow-up for the 18,314 randomized participants.

The CARET intervention was halted in January 1996, 21 months ahead of schedule, with twin conclusions for definitive evidence of no benefit and substantial evidence of a harmful effect of the intervention on both lung cancer incidence and total mortality. During the intervention phase of CARET, serum, plasma, whole blood, and lung tissue specimens were collected. These biospecimens make up the CARET Biorepository.” – https://epi.grants.cancer.gov/Consortia/members/caret.html

Of the two, the ATBC study established first that beta-carotene supplementation is detrimental in smokers.

“The Alpha-Tocopherol, Beta-Carotene Cancer Prevention (ATBC) Study was conducted in Finland as a joint project between the National Public Health Institute of Finland and the National Cancer Institute (U.S.). This was a randomized, double-blind, placebo-controlled, primary prevention trial to determine whether daily supplementation with alpha-tocopherol, beta-carotene, or both would reduce the incidence of lung or other cancers among male smokers.

A total of 29,133 men between the ages of 50 and 69 years, who smoked at least five cigarettes per day, were recruited from southwestern Finland between 1985 and 1988, and randomly assigned to one of four groups. Men who had prior cancer or serious illness or who reported current use of vitamins E (>20 mg/day), A (>20,000 IU/day), or beta-carotene (>6 mg/day) were ineligible. Participants received either alpha-tocopherol (50 mg/day), beta-carotene (20 mg/day), both supplements, or placebo capsules for 5 to 8 years (median 6.1 years) until death or trial closure (April 30, 1993). – https://epi.grants.cancer.gov/Consortia/members/atbc.html

If you check out “Our knowledge to-date about vitamin A”, specifically the number of research articles published over the time on vitamin A, you will notice a few striking evidences. Between 1990 and 2005, humanity discovered more than a third of everything we know about vitamin A, retinol, and beta-carotene. Out of these, more than half have been data yielded by either the ATBC or CARET studies (or both). This means that a vast majority of what we know about these molecules, is their behavior in…smokers. Well, then: at least we should be able to say either yea or nay for their utilization in smokers!

Personally, I vote for NO beta-carotene or retinol or any kind of vitamin A form utilization in smokers!

A follow-up of the ATBC study demonstrated that alpha-tocopherol and beta-carotene not only did not prevent cancer (it actually caused more lung cancer), but did not prevent type 2 diabetes either. Interestingly, although today we witness significant discussion around the role of vitamin A toxicity and vitamin D deficiency, the ATBC study provided blood specimens showing that supplementation with beta-carotene did not impact the circulating levels of vitamin D. This suggests that such an effect is only triggered by retinol and not by beta-carotene. The available peer-reviewed materials were discussed in the previous post – you can read more about Conaway’s literature review here.

One of the newest and most impressive updates came from a very recent analysis of the blood samples donated three decades ago by the subjects of the ATBC study. The investigators conducted a comprehensive metabolomics analysis measuring 489 metabolites. Of these, 17 changed significantly as a result of beta-carotene administration. Male smokers receiving beta-carotene seemed to have developed metabolite profiles consistent with induction of the cytochrome P-450 – a well known and diverse population of liver enzymes responsible for metabolite-conversion in the liver. On one hand, this effect is not entirely surprising – given that the location of vitamin A accumulation is the liver. On the other hand, there is no guarantee that beta-carotene has been cleaved in the gut and deposited in the liver. There is also no report that the ATBC population’s skin turned orange as a result of beta-carotene administration and its deposit in the outer layer of the epidermis. I can understand that more xenobiotic (substances foreign to the body) metabolites were identified in smokers who received beta-carotene and this could have played a carcinogenic role, thus stimulating more lung cancer occurrence. I can also understand that the age group 50-69 is a category of population that is likely heavily medicated due to many comorbidities that are likely to occur in smoking males of this age.

Yet, I do not understand why would this happen without the beta-carotene conversion to retinol. The reason I am trying to understand is directly related to the actual safety of ingesting beta-carotene in smokers. The ATBC study daily dose was roughly 50,000IU of vitamin A equivalents given as actual beta-carotene. The CARET study provided daily a bit over 30,000IU of vitamin A equivalents as actual beta-carotene. These are not unheard of amounts of beta-carotene, but if they got converted to retinol AND stored in the liver, then the topic of our discussion is shifted on the safety of any type of vitamin A administration to smokers! Well, in 2009 Ferrucci et al. published a very interesting – and apparently unrelated – study on the pharmacogenetics of beta-carotene in the ATBC study and a few other studies. The most interesting part of the material was the report of the mean blood concentration of retinol. For the ATBC study, this was 585.5 mcg/liter. ASTRONOMICALLY HIGH! So, the beta-carotene did get converted to retinol. Meaning the β,β-carotene-15,15′-dioxygenase did not seem to know when to stop. Furthermore, the “un-needed” vitamin A was not “flushed out“.

I dare to ask then: what would the liver-stored vitamin A – from any and all sources – do to a smoker? Since we have quite established that, despite lacking signs of toxicity, many individuals carry much more vitamin A than needed in their liver, should they be afraid if they also smoke? From what we know thus far: if you smoke, DO NOT take vitamin A. Perhaps, you should not take vitamin E either, but that will be a discussion under the vitamin E portion of this website.

If you smoke, you may be safer supplementing other (non-A, non-E) vitamins separately since multivitamins do contain both A and E and clearly a smoker wouldn’t need more of either. Check out the World Health Organization data provided in a new info-graphic here. This will give you an estimation of whether the country you are in is at all at risk for low vitamin A or not. Who knows? You may be perfectly fine in fact! However, the situation of a smoker with a fat absorption deficiency due to disease, surgery, or drug-induced condition will be dramatically more delicate. Contact me if you are that case, we will need to talk in further details. Otherwise, stay healthy – stop smoking! – and share what you learned. Save a life!

Mondul et al. Metabolomic profile of response to supplementation with beta-carotene in the ATBC prevention study. Am J Clin Nutr 2013;98:488–93

Kataja-Tuomola et al. Effect of α-tocopherol and β-carotene supplementation on the incidence of type 2 diabetes. Diabetologia (2008) 51:47–53