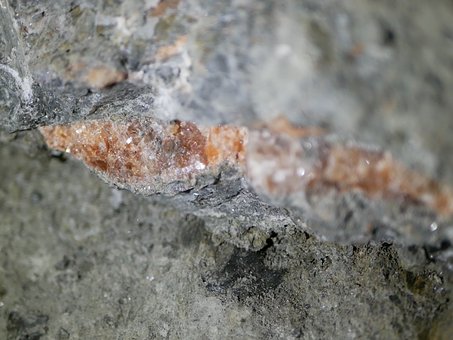 At some point I found myself searching for the right iron supplement. It wasn’t a matter of finding the “best” product on the market. I didn’t need the best iron on the market, I needed the right iron supplement for myself at that point in time. Generally, the case of the iron-deficient patient that needs to get more iron is simple: give more iron, manage the side effects, and do both effectively until hemoglobin production gets into normal range. That is 12-15.5g/dL in women and 13-17.5g/dL in men. In my case, I was by no means anemic! Why did I then need iron? Because of a blood loss that removed ~250mg of my elemental iron and … I wanted it back. It may sound comical, but I am quite attached to my iron trove. I felt good with it and I wanted it back. There!

What was the matter?

To give you some context: about 6 months ago, when I last checked, my hemoglobin was 14g/dL. That was plenty and perfect oxygen carrying capacity for my purposes. It meant that each liter of my blood contained ~140g of hemoglobin. Since each gram of hemoglobin contains ~3.5mg of elemental iron, that translated in 140g Hgb x 3.5mg iron = 490mg iron in 140g Hgb in one liter of blood – so just under half a gram of iron per liter. Then I lost half a liter of blood (i.e. lost ~250mg elemental iron). No, I wasn’t anemic and I knew that. However, I felt tired and sleepy despite having drunk lots of fluids to replenish the lost blood volume. I seemed to need my iron back… Weird, you wouldn’t expect your body to react so promptly to lacking some 250mg of iron if there were still plenty of red blood cells loaded with more than enough hemoglobin. It didn’t endanger my life, nor did increase my risk (too much), but it made me feel less than perfect. It impaired my circadian rhythm, my mood, and my well-being – so, I knew that I had to put that iron back.

What options did I have?

If I switched on spinach only, I needed about 7kg (15lbs) of spinach leaves OR 38 cups of lentils (that’s ~5kg or 10lbs) OR 1,000 teaspoons of Himalayan salt – assuming 100% iron absorption. Should I instead turn to steaks, an 8oz (250g) steak would have provided me with roughly 6mg of elemental iron – of course, provided that I had it without my favorite mushroom cream or sourcream gravy and having absolutely zero dressing for any eventual salad. It would have been only 40 steaks later that I could have replenished the iron I was missing. Well, even if such would work, I honestly believe that a 40 steaks intake wouldn’t have been a blessing on my gut! Quite on the contrary in fact: the cholesterol associated with the same steak and the changes caused to my gut microbiota would have been the worst trades possible for the 250mg of iron I needed. Not to mention cost – since I wouldn’t have had those 40 x 8oz steaks all alone and lonely (my oldest son and my husband would surely indulge in that feast!), the count will raise to 3 x 40. Now for an average of $15 per steak, this will round up to a token of $1,800 to replace a freakin’ 250mg of iron. I don’t know about you, but I only like natural supplementation to the extent it makes sense both financially and logistically. No, I do not consider eating liver for its higher iron content because I strongly believe that most of us are already intoxicated with vitamin A and need no more from eating liver. I, in fact, encourage you to read more about this in a previous post.

What did I do?

So, by this point, it was obvious enough that my best option was an iron supplement, but I was quite uncomfortable with the expected stomach upset and wasn’t very keen on spending longer in the bathroom than needed either (check my previous post with notes on iron and water re-absorption)!  Do all these sound familiar to you too? I thought so! Thus, this is what I did:

When I look-up an over-the-counter supplement I do it in a very critical way. I check out the inactive ingredients to the same extent I check the active ingredient(s) and I also try to make the best sense of the reviews available. I care about what people think and – once in a blue moon – I even take the time to comment if needed. This is how I found out that a concerning proportion of the available iron supplements contain calcium phosphate – a very ACTIVE “inactive” ingredient that will surely spoil your iron supplementation plans. For instance, you’d need a lot of good luck attempting to replenish iron with the Nature Made’s 325mg iron sulfate. Each tablet contains 18mg calcium delivered as dibasic calcium phosphate and 65mg elemental iron. I am really not picking at Nature Made as they actually sell other very reliable supplements, but this one, in particular, makes no sense to me. It is well known that iron does not get absorbed in the presence of calcium. In fact, we eat calcium from so many other sources that we don’t need it from the iron supplement too (instead of the iron!). Ouch! We know that iron sulfate is not the most effective way to provide iron, but adding calcium in the top of that makes no sense. This is one of the reasons that I do not recommend multivitamins and minerals with iron either. Most of these all-in-one combo products contain calcium, magnesium, and manganese in addition to iron – so what’s the point of hoping to get iron from it? It won’t absorb whatsoever!

Another iron supplement I came across was the iron with extra enhanced absorption from Vitanica. It contained vitamin C (I liked that!), folate, B12 (liked that too!) and… 57mg of calcium (!!!) … together with 25mg of iron. People, what’s wrong with your drug development department?! I mean, SERIOUSLY?! From what I figure, this must be a product with the extra enhanced absorption of calcium, not iron… Oh, and please don’t waste much on the hypothesis that calcium binds to the phytate (i.e. inositol 6-phosphate or IP6) to protect iron from binding to it and being eliminated. We give iron supplements with vitamin C or orange juice to activate phytase – that’s the enzyme that eats phytate – so, no, this will not really be the case. Moreover, the presence of vitamin C is likely to hold iron into a 3+ oxidation state which can bind better and stronger to the phytate than Ca2+. Getting iron in is not an easy task, I’m telling ya’! The last thing one needs is competing calcium, magnesium, manganese, zinc, or other similarly charged minerals (metals) etc.

At this point, I had an itch and wanted to see how many people buy these products believing that they actually improve their iron levels. Few patients seek pharmacist’s advice. Most individuals look-up the review ratings for products they find on the internet and decide based on the crowd’s opinion. That works well for electronics, fashion, and beauty, but it’s absolutely insane to go by for drug selection! What I came to uncover on the internet made me gasp for air. The number one, highest rated product by the Best Reviews Guide surely contained calcium. Number 2 and number 3 were the same product, but each scored differently in their rankings. Thought they knew something I didn’t. I proceeded to click on each and every active link on that page hoping to find some mindful criteria that led them to the ranking scores displayed on their webpage. I found nothing else than countless links to buy the respective products. No “review“. No nothing! I soon realized that the “Best Reviews Guide” was only a data-miner craving for ignorance-driven excitement. They seemed to have written a code that collected customer review stars from public sources, combined them proportionally into a 1 through 10 scale, and then ranked them as the “Top 10 Iron Tablets“. The irony was that – in addition to being grossly misleading overall – this iron supplements list included an iron toilet bowl cleaner too! Ha-ha-ha! Decide for yourselves, my friends… The makers of that review website may be gifted data-miners, but know zero about iron products!

That’s all for today, my friends! By the end of this week, you’ll notice a handful of iron supplement recommendations in Dr. Alice’s Shop. Consider these first as I screened them with a very critical eye. Stay healthy until next time!

One thought on “The truth behind iron-rating”