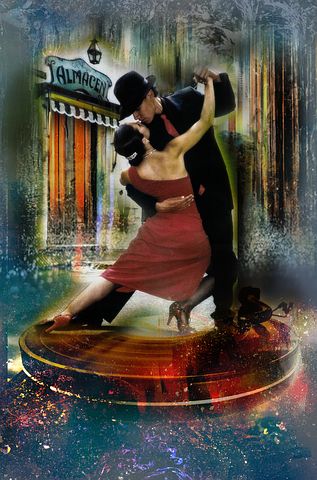 Not long ago, while surfing the internet, I ran into someone’s question: “Is there any relationship between anemia and cancer?”. I couldn’t just move further without writing an answer, so I did. It has been a while since, but every now and then I still get an email notice that somebody liked my answer or started following my updates. Sadly, I didn’t have follow-up updates on that particular website, but their feedback made me think that this was worth sharing further. I am glad that I stopped and answered the question that day as more than one found it useful. It went along these lines… Yes! There is an established and very complex relationship between the two, with either of them holding the potential to becoming the cause or the consequence.

When anemia leads to cancer

If in this scenario anemia plays the role of the “cause”, then the process will be long and may go easily unnoticed. It may result from a number of causes, such as vitamin deficiencies, infections, various chronic diseases, and also inherited or acquired disorders that affect hemoglobin synthesis. The most significant contributor, however, remains iron deficiency. As I already mentioned it in my previous posts (read more about it here or here), iron deficiency anemia leads to considerable cognitive and motor development consequences in children and no less remarkable comorbidities in adults (fatigue, depression, low productivity etc.). The cause of all these consequences is the body’s inability to deliver sufficient oxygen to the brain and other tissues. Deficient oxygen penetration leads to a modified tissue metabolism that over the time gets adapted to hypoxic (low oxygen) conditions. On a long-term, the hypoxic environment enables the formation of less desirable products – like hypoxia-induced factor – capable to both trigger and sustain cancer development. Chronic anemia (i.e. hypoxia) leads to an established state of chronic, low inflammation – a process that often shakes hands with obesity or the occurrence of diabetes mellitus. While neither obesity nor diabetes mellitus is a result of anemia, their presence will consistently contribute to the exacerbation of chronic inflammation which, in turn, will happily nurture nearly any carcinogenic process. Tumor cells from everywhere seek inflammation and the nourishing environment induced by it! Today, we know that our physiology – including what we do, what we eat or what drugs we take – determines a tumor’s appearance and behavior. The worse the anemia, hypoxia, and inflammation get, the faster and more aggressive a tumor will grow. Given the long time-lapse required for this to occur, there is no easy fix, no shortcut, nothing one could do overnight to turn it around. So, never underestimate the need for tissue oxygenation or subtle signs of recurring fatigue! Take action sooner: analyze everything, learn your risks and how to mitigate them, do everything in you power to prevent it. Most cancer diseases are preventable. Science has taught us that even cancer recurrence is preventable. Take the lead, make the difference, and stop anemia from becoming the “cause“!

When cancer leads to anemia

At the entirely opposite end, if cancer plays the role of the “cause”, the time-lapse to occurrence of anemia is much shorter. The process doesn’t go unnoticed – at least not for too long. Anemia, in this case, may be either the consequence of the actual cancer growth or an adverse event caused by the therapy employed for tumor-kill. One of the examples of anemia caused by the actual cancer growth is the case of some hematologic malignancies. For some reasons that we know and for many reasons that we do not, the process responsible for the making of our blood cells can be hijacked to produce malfunctioning clones of blood cells that cannot sustain blood physiology and body survival. Many times such a hijacked blood cell making process defaults to the making of “bad clones” to the detriment of making red blood cells, a process that will determine the occurrence of anemia. Would this anemia lead to hypoxia and cause inflammation? Absolutely! Would this intensify the “bad clone” making? Very probable that… yes, it will. Without immediate intervention, such a situation can be fatal in a matter of weeks to months.

When anemia is an adverse event of cancer treatment

Lastly, and potentially the most often encountered relationship between cancer as a “cause” and anemia as a “consequence”, is the instance when we deal with a tumor that we believe we can defeat. Nothing less than it sounds. This is war! The default is generally: “Take it out! All of it and as much around it as possible”. While many early-stage cancers can and will be taken out for good (i.e. non-melanoma skin cancer, very early stage breast or renal cancer, etc.), we can only wish that things would be as simple and as easy all the time. They’re not. It is the intuition, the instinct or flat out the facts that sometimes clearly show us that not all the cancerous cells were removed. That is surely NOT because of the improper surgical procedure, but because of that inflammation, I told you about earlier. It is that modified environment that was fed by the wrong diet and lack of exercise that allows the tumor to grow in funky ways, spreading beyond the visible that we can explore, and unleashing myriads of free-moving tumor cells everywhere. At such a point, most of what we can do is to irradiate, intoxicate, or mark tumor cells for disposal by our own immune system. As you would guess, the first two are the options widely implemented today and they both lead to impaired red blood cell production and, thus, anemia. To ensure higher rates of success in prolonging life, two or more chemotherapies are often used and – although one of them may not have an impact on red blood cell formation – chances are that the combined effect of the overall chemotherapy regimen will still be causing anemia. Far from being the only challenge, anemia management is nonetheless one of the most difficult tasks for the healthcare personnel involved in cancer patient care.

I will surely expand more on adult anemia prevention and management in the coming posts. Remember to share what you learned and stay in touch. As always, send me your questions and I will do my very best to answer them promptly. Stay healthy until next time!

3 thoughts on “Anemia and cancer: a tango takes two”