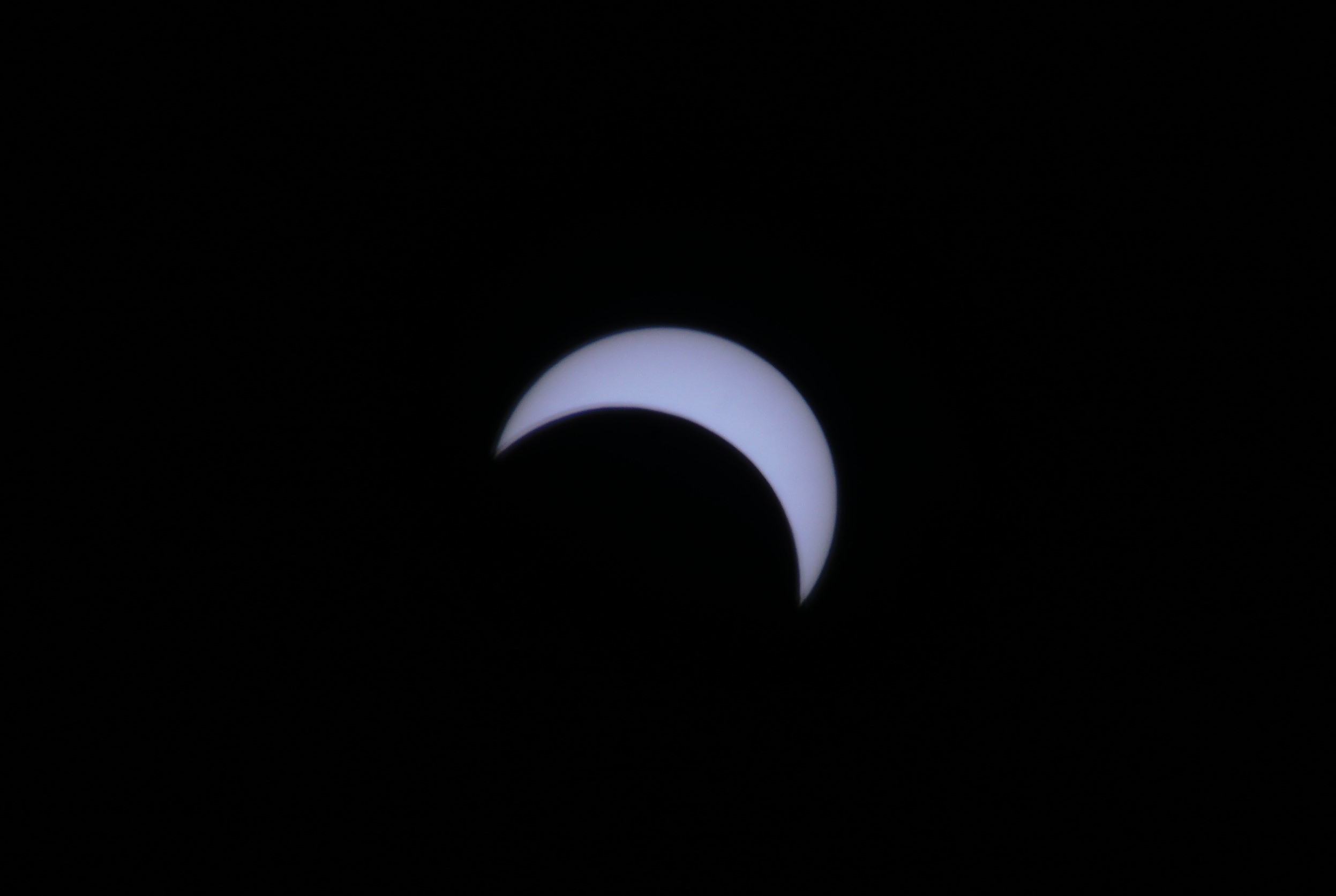 Like any history, drug-making history is ruthless and savage. There is no strong, handsome prince finding any beautifully kind princess to live happily every after! The reality is cruel and bloody, all in the name of achieving wealth and control. It’s all about securing that pyramid tip at the highest imaginable altitude, for as long as possible, making use of the most believable scientific context. What did a rival witch do to another one that was more likable, cheaper, or easier to work with some 1000 or 1500 years ago? Well…the bad witch made sure that the good witch will get caught and burned! Let me tell you something: very little has changed in the last 1500 years.

Born as a result of intelligent curiosity, excitement and love for science, metformin was the wimpy kid on the block…the Cinderella of the drug shelf, in a way. It very much seems that either metformin’s creators could not afford to support this poor molecule’s graduation through the hoops and loops that could make it “a drug”, or – more probable – it was thought that it really wasn’t of much value to be pursued for industrial development. I’m saying this because we see no accessible records about the molecule having been patented upon its synthesis back in 1922. There is, however, a third possibility: that our Cinderella was an unwanted competitor and someone locked her in the tallest tower of the castle. Luckily, beauty is hard to hide. Thus, our Cinderella eventually resurfaced and was re-introduced to the world that it actually belonged to in 1949. This would suggest that maybe metformin wasn’t locked in a tower to begin with, or maybe it was since at the time it resurfaced it did so with another name – flumamine. One has to ask, why did anyone have an interest to change the name of this molecule if not for making it resurface outside of someone’s radar?

I wish I could answer this question, but I can’t! The reality left for us to learn from is that dimethybiguanide (a.k.a. metformin), the newly synthesized molecule in 1922 and experimented with in 1949 by Garcia (see my previous post), was NOT patented upon its creation, or at least there is no trace of such patent. It was Dr. Sterne who tested and demonstrated its benefit and finally patented it. That marked a very important moment: the validation of the glucose-lowering properties of biguanides and the estimation of a decent size for the effective molecule. I am saying this because in 1927 there were a few other biguanides in research – such as synthalins A and B, evaluated by Lilly Research Laboratories in an effort to develop a synthetic insulin. Synthalins failed due to their toxicity and apparently Lilly Research Labs abandoned their development. Then in the 1950s the moment in time was perfect to experiment with smaller biguanides approximating metformin’s size, but but trying to make them more potent. This is how phenformin and buformin got born.

Discovered and patented by Ungar, Freedman and Shapiro of US Vitamin Corporation (1957), along with buformin, phenformin entered clinical trials in 1958. I found it particularly interesting that one of the first publications about phenformin’s clinical success (McKendry et al.) referenced synthalin, but not dimethylbiguanide. The study was reported in such a way as to suggest no other biguanide had ever been reported prior to synthalin (i.e. omitting the synthesis of dimethylbiguanide in 1922). Sterne’s studies on the “glucose-eater”, metformin, and the phenformin studies were conducted at quite the same time. The two molecules were, naturally, in competition! Phenformin was designed to be more effective at lowering glucose and less toxic than any previous biguanide. While metformin was unusually hydrophilic, phenformin was very fat-soluble, had high affinity for membranes and a very long half-life time. These properties made it a very strong inhibitor of the mitochondrial respiratory chain which led to a higher production of lactate. The drug was a more effective glucose lowering drug, it did not cause hypoglycemia, but it did cause lactic acidosis, an unfortunate complication fatal in up-to 50% of the cases. Retrospectively analyzing data today, there are records indicating a risk of lactic acidosis of 0.64 cases per 1,000 patients with phenformin and 0.03 cases per 1,000 patients with metformin. Interestingly, though, out of the reports of elevated lactate I’ve read linked to metformin, no deaths were recorded. Anyhow, phenformin was soon approved for diabetes treatment in North America and the rest of the world. The glucose-eater metformin had now a smaller market relegated to Europe and a few other countries across the world, but it did not receive approval for marketing in the United States were phenformin reigned supreme. This remained the case for quite a long time, the glucose-eater was not approved in the United States until mid-1990s.

Phenformin continued to be prescribed for nearly 15 years, sold as the most effective biguanide ever. However, the lactic acidosis reports accrued faster than expected and the FDA soon began formal proceedings (1977) to withdraw it from the market despite CIBA’s protests that no sufficient evidence could justify this action. In 1978 phenformin was officially and drastically removed from the U.S. market, prescribers being required to switch users immediately to another drug alternative (i.e. insulin). The FDA’s drug removal proposal stated: “the risk of phenformin outweighs any possible benefits that can be derived from its use”. It was a very harsh decision. Buformin’s withdrawal followed shortly in several countries, although the drug is still marketed in a handful of countries across the world, including Romania, Hungary, Japan, and Taiwan.

One would have thought that the late 1970s was the time to launch metformin onto the U.S. market. Maybe it was, but it didn’t happen. The tsunami effect of the two step-sibling withdrawal did not leave metformin untouched either. Although no direct death relationship was reported with metformin, its package insert had to carry from then on the history of a deadly risk proven only by its two related molecules. It was already a big and maybe undeserved hit below the belt. Maybe metformin (or rather its makers) just wanted to stay out of it? Perhaps…maybe they prepared a better plan? Something like reaching for a whole new patent protection in the U.S. once the original old patent in Europe and the rest of the world was about to expire? Neither theory is impossible. Metformin received FDA approval for marketing in the U.S. in 1995 and rocked the boat for over two decades. The drug unveiled some of the most unexpected pleiotropic benefits for the class and opened a new promising path in cancer prevention and treatment. When all the doors seemed wide open for metformin, out of nowhere, phenformin re-appeared claiming its rights in the newly open arena. It turns out that as early as 2010, not long after the first association was published between metformin use and lower cancer mortality (2006), phenformin had a new patent filed for…you guessed it…cancer treatment. The sibling with the most lethal history was coming back seeking revenge in a very weak moment in time for metformin: when it could not pursue another patent due to wide-spread and open generic competition and a lack of intellectual property protection that held investors at bay! Buformin came forward as well, showing similar anti-proliferative properties and big promises for cancer treatment.

The battlefield is still open. The fight is fierce and bloody. The first and likely safest molecule with the most solid marketing surveillance is frontally defeated by the same competitors that took a giant portion of its market a few decades ago. Yet, the circumstance is unprecedented as the very patients not treated yet with metformin for diabetes may remain the main candidates for a potential phenformin or buformin anti-tumor therapy. In other words, individuals with diabetes treated with metformin either did not develop cancer or developed a form of cancer that was more treatable and easier to deal with (see our knowledge to-date about metformin). The other individuals with diabetes that were not treated with metformin are at a higher chance of developing cancer and – in that case – they may become the candidates for a phenformin or buformin anti-tumor treatment.

I personally believe that the direct anti-tumor effect of any biguanide is minimal comparing to the benefit of lowering the insulin resistance and inflammation that – themselves – prevent tumor development and allow the body to remove the tumor. If there is an anti-cancer benefit of metformin, that is likely rather due to the overall physiology change that it induces chronically, during the treatment of diabetes. Shorter timeline benefits are reported, however, to a far lesser extent. They are a proof of the same mechanism: improvement of insulin resistance by lowering of the inflammation. It is nonetheless apparent that extended periods of treatment are important and they enhance the cancer-related benefit. Would a similar effect be possible with phenformin or buformin? Possibly. Would that be less of a risk than chemotherapy? Most likely. May phenformin or buformin kill tumors better than metformin? Yes. Would patients enjoy an equal kind of safety as compared to metformin, on a longitudinal timeline? Absolutely not. Square and simple: no other biguanide on Earth has the same extent of post-marketing surveillance and low cost as metformin. What

would I choose if I had to? I will start metformin as early as possible to treat and help reverse diabetes and prevent cancer as much as possible. If everything else has failed in treating a tumor, and there is no risk of lactic acidosis, I would give a try to the cheapest, most accessible between phenformin and buformin. Then wait, as the history is yet to be written!

You must have figured by now: if you are taking metformin, you are in good hands. Make sure you take it correctly and follow appropriate advice to tolerate it well and live a good life. Follow me for more info on that – coming soon! Stay in good health until then!