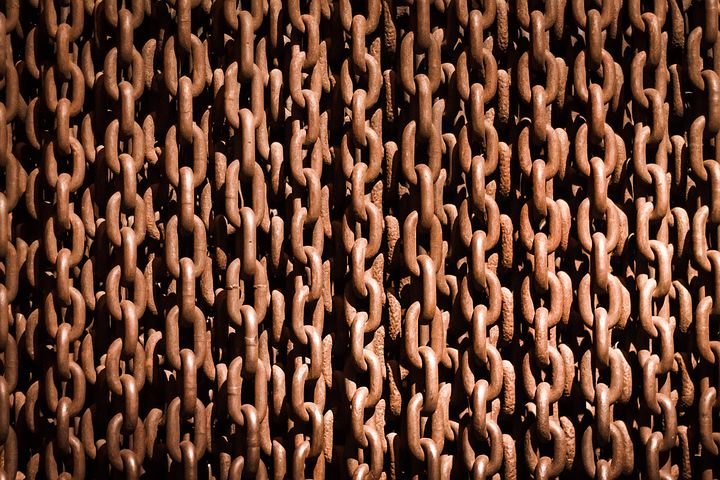 Life allowed me to wear many hats, play several roles and pose in sometimes ridiculous postures. None, however, gave me the confidence of having it mastered in a previous life like the time I impersonated a medieval sorceress. It was roughly a year ago during a quite unusual academe debate scenario. The imaginary play took place during a massive … flood.

“The year is 2020. A freak incident causes the waters of Lake Erie to swell, flooding the UB campus. As the waters continue to rise, food becomes scarce and hope for survival dims.

Suddenly, ships appear on the horizon to rescue survivors. As luck would have it, all the ships begin to sink, except for one. As that ship is ready to leave, the passengers find themselves in a dilemma. There are six survivors left to board the ship — all UB professors — but only one seat in the ship is still available. The faculty members represent different disciplines at the university, and each one believes he or she can help build a strong, new civilization.

So, which professor — and discipline — is worth saving?”

Hey, how could I have NOT impersonated my profession by disguising myself into a sorceress in such a scenario?? Long story short, I didn’t get on the boat and, no, I didn’t place them under a spell either! However, the event made me think, and think, and think again: sorcerers and sorceresses WERE pharmacists – without a doubt. If I would be to make full use of my powers today – meaning apply all I learned and not be regulated by the board of pharmacy or the FDA – my work will be the weirdest art, certainly resembling sorcery! I mean, seriously! Just think about all the boilings and extractions I’d have to go through to give someone a freakin’ headache medication. I would look like a stinky, ugly and maleficent witch all until the moment the headache was be over. Then I’d suddenly become the sorceress (or the enchantress?), meaning that I’d win my positive and healing fame for the unexplained miracles of my power.

You may not know that more than half of the drug recipes in the world’s oldest papyrus – the Ebers Papyrus (1500 BC)- are still unchanged in today’s pharmacy practice. We re-learned old tricks and applied new techniques, we synthesized new molecules, but quite frankly failed to give the fully-deserved credit to the science of the pharmakon. The knowledge behind the preparation of a pharmakon (i.e. a biologically active substance) some thousands of years ago was similar to what we know today. The teachings and records were also very similar to how we teach pharmacy and pharmacology today. We didn’t know these masters to have been called pharmacists, but we surely know that the medicine they made was “pharmakon”. Perhaps the “translator, traitor” (i.e. lat. traduttore traditore) missed the nuance of the the pharmakon-maker? Who knows?

In any case, the moment in time seeded in me the curiosity of exploring what would pharmacy have been without the explosion of technology and drug-making of the 20th century? For instance, human history knows about the French lilac, or Goat’s Rue, since centuries ago (read my previous post about it, here). “Sorcerers” knew about its use for diabetes treatment, although they did not know to call it so back then. They knew someone had developed diabetes if that one was unusually thirsty, peed frequently and the urine taste was sweet. Fantastic how simple and straight-forward type 2 diabetes was! No finger-stick, no hemoglobin a1c, no glucose tolerance test, no insurance billing, nothing like that! The “sorcerer” then went on to harvest the French lilac along stream banks were the plant enjoyed the moist soil. There was no shortage of it as the livestock did not like its taste. In fact, livestock will eat the grass around the French lilac making room for it to thrive and spread, thereby being ready for harvest at quite any time. Blooming beautifully ornamental flowers, the plant was often planted in the gardens, soon spreading from its native place in the North of Africa to Europe, Asia, and even North America, by 1890.

French lilac today is declared a class A federal noxious weed by the United States Department of Agriculture. The plant is thought to be an ecological threat as feeding trials of livestock apparently demonstrated that plant would actually kill goat, sheep, and cattle. I find this information somehow misleading, especially I know of the Goat rue (French lilac) being used as a galactagogue (i.e. stimulates milk production) in sheep. Naturally, too much may become toxic…in any case, with the plant not being too palatable, animals do not rush into consuming concerning amounts of it anyway. How interesting though that humans were treated with French lilac potions for hundreds of years and only the curative properties of the plant were described! Clearly, these thoughts triggered similar curiosities in other pharmakon producing colleagues of mine as early as the 17th century. Back then, Nicholas Culpeper described for the first time the use of French lilac for the treatment of a malady resembling type 2 diabetes. Toward the end of the 19th century chemists even identified a substance that seemed to be responsible for the effective treatment of the malady with French lilac: it was guanidine! In not more than two decades, the purification of guanidine allowed the demonstration of its glucose-lowering properties. Interestingly, however, in 1920 this Middle-Aged magic potion of Galega officinalis, alias French lilac, a.k.a. Goat’s rue, gained significant attention. Chemists discovered that the actual alkaloid responsible for the glucose-lowering effect was galegine, a derivative of guanidine also called isoamylene guanidine. Galegine was also less toxic…however, chemists thought of, and planned for, rather synthesizing a biguanide molecule similar in size and effect to galegine, rather than purifying galegine from the original herb that grew basically anywhere and everywhere in the world. Presently, the “weed” is prohibited for cultivation due to its extreme potential for spreading…that is on a side topic, though.

Nearly a century ago (1922), Werner and Bell synthesized the first dimethylguanidine derivatives, among which metformin. The event wasn’t followed by press. Recently this year (2017), Bailey noted in one of his papers about metformin that “the information was disregarded and forgotten”. This happened despite the announcement of Frank et al in 1927 about their newly synthesized synthalin, another biguanide that had glucose-lowering properties but unexpected toxicity. Some studies came soon under the magnifier glass of Lilly Research Laboratories, but on molecule structures less similar to metformin.

Two decades of silence followed, all until the search for an effective antimalarial drug became the chemistry’s main quest. Metformin was rediscovered as an antimalarial drug and even used in the treatment of influenza under the coordination of Eusebio Garcia – a famous infection diseases expert in the Philippines. Little is known about how metformin made it into his hands and why the name of the actual drug was changed to flumamine. It was by then 1949. Garcia notes that the molecule was discovered incidentally when he tried an antimalarial on a case of influenza. He reported a nearly miraculous cure. He also attributed the antimalarial effect to the glucose-lowering properties of the molecule despite the fact that he never checked glucose levels in his patients. Some gossip also points at the potential tentative of Garcia to claim the fame, but such rumors are yet to be clarified. Interestingly, between 1922 and 1949, we witness nearly three decades of a molecule apparently searching for a disease despite of it being successfully developed to lower glucose based on an ancient concept of French lilac utilization as a diabetes remedy. Why did this happen? None knows! Bizarre, isn’t it?

“There are endless generic lessons for medical research thinly disguised within the history of metformin. With hindsight, we are reminded that time spent searching early original literature can save valuable laboratory time, effort and money: vital clues can be concealed amidst throw-away observations in other areas of research.We are also reminded that the selection and interpretation of experimental models is fundamental, scrutiny within a drug class can reveal important differences, and we don’t have to know exactly how a drug works to reap benefit, but we do need to appreciate how to use it safely.”

In 1950s, the French scientist Jean Sterne (1909-1997) heard about Garcia’s comment that flumamine would lower glucose levels. An endocrinologist, Sterne became immediately interested in the molecule and this is how he came to select dimethyl biguanide as the best candidate for a clinical trial at the hospital Laennec from Paris. He named the drug “Glucophage”, or “the glucose eater” (“gluco-” from glucose and “phage” from the Greek φαγός – phagos – for glutton). The drug was metformin. Arguably, the selection of the dimethyl biguanide instead of the purified galegine was a combined matter of the simplicity of synthesis vs the natural compound extraction and – why not say it? – the protection a patent and modern marketing could provide for a novel compound over a simple ancient herbal remedy. I may be wrong! I don’t know, I am just hypothesizing. There is a vaguely accessible track history about how this happened. We know that Lilly Research Laboratories had themselves some work on this terrain and is hard to believe that Sterne was foreign of these interests. The history is written by the winners and the winner that time was metformin. However, the truth remains unclear to these days! For all we care at this point in time, Sterne’s pick revolutionized the medicine and launched THE DRUG that prevented more cancer deaths than any other molecule in the history of mankind! How could anyone judge his decision?! The man seemed to have taken the PERFECT decision by all the possible measures, including the history-making measure! What would have galegine done? We don’t know. We don’t need to know. We have metformin and it works and we should use it to its fullest potential!

Stay tuned for my next post to learn more about the making of phenformin, the drug that gave its oldest sibling – metformin – the kiss of death. Soon after the birth of phenformin, a war of hatred between the two molecules started. A war that resembled a Medieval fight to rule the crown, a rivalry spanning over many decades with implications lasting to this day in time. I can’t wait to tell you more soon – stay healthy until then!

9 thoughts on “The forgotten magic potion”