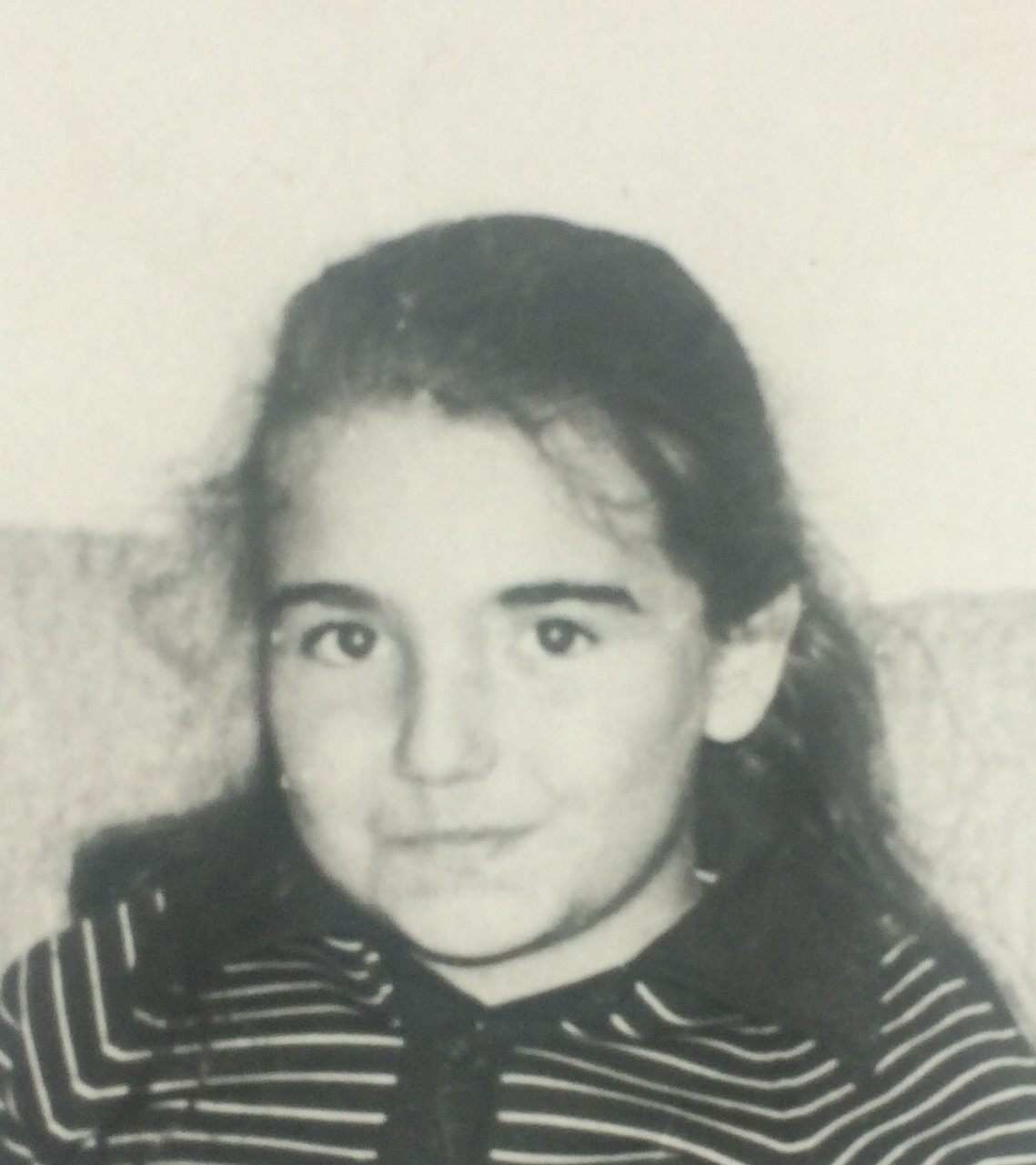 When I think about vitamin A supplementation I have a flashback to a memory of when I was 12. I was raised by a single mother with some help from her mother, my grandmother, and family. We lived in a modest apartment with only the minimum necessary, but I had a fish tank! That fish tank was to become a centerpiece of many memories, including the one I’ll tell you about today.

It was a beautiful summer and my mom came home decided that she was going to … increase her vitamin A levels. I draw a complete blank for her reasons, I’m not even sure she ever mentioned any to me anyway. She did tell me, however, that she will eat more carrots. As any decently clever 12-year old, I knew more about carrots and vitamin A than the average mom would have expected. They didn’t teach us in school, but I knew a lot about it thanks to my fish tank. So, I looked at my mom and told her with a docent-attitude: “You know you’re going to turn orange, right?”. He-he-he! That’s what you get when you have a 12-year old breeding fish for the sake of science! Environmental adaptation to vitamin A intake and Mendelian inheritance were just another something I got interested in that summer. Here is how:

I became interested in fish while visiting a little street-side fish store located right near a trolley station by which I passed every weekend going to visit family. I was, as most my age, one of these “free-range” kids that will have zero problems taking the public transportation alone to reach a destination located on the other side of the city. Not any city, but the biggest, busiest, craziest in that corner of the world where I was raised. Not everyone in my family had a phone line, I am talking about land line – of course. Hence there was no way one could check what time I left and when I made it to the destination. Paradoxically, none ever had any concerns about my safety! Not sure if that was the faith they had in God or the trust they had in me. In any case, given the circumstances, I was presented with the opportunity to get off the trolley at the station with the fish store and I did – of course I did, what did you expect?! Wouldn’t you?? I spent hours there every time I passed by… It was FASCINATING!! The guy in charge of the store knew me by name and enjoyed sharing lots of facts about fish. I learned how to feed them, how to check water quality, temperature, how to change the water etc. I even helped out in a few instances.

One day I saw the guy in charge preparing a little plastic bag and scooping a pair of guppies although there was no client in the store. I assumed someone must have forgotten their money home and they were about to come back – common sense assumption, right? He reached out to get one of the dry food envelopes, packed a nice little bag with everything and came straight to me. “Alice, this is for you! I thought you know a lot about guppies to take good care of them.” O…M…G!!!!! I have difficulty describing now the overwhelming feeling I had back then. You can imagine that in that respective moment I maxed out all my excitement signaling molecules!! I had no money of my own, couldn’t have even considered asking my mom to give me money to buy fish, we barely had enough to eat… I may have been able to ask for money to buy a book, but not fish, are you kidding? Wow! Look at me: first I did not have to pay for training lessons and now I got my own guppies for … FREE!

Well, as the time passed, my guppies were happy and surely in love because one day the 5 gallons canning jar I kept them in suddenly changed. Tons of little creatures, very much like little swimming mosquitoes, populated every little space in the jar. My fish had babies, lots of babies! Whatever I was doing, it seemed that I’d done it right! My fish were happy and felt at home enough to have babies and not eat them all in one night – because fish do that, I knew that because I learned it at the fish store. That’s when I developed the “provider” responsibility. I had some many little lives to take care of, I couldn’t afford to do anything wrong! So I started my very first fundraiser aiming to reach the fabulous total amount of $1 to buy a book about fish (a book I came across during one of my free-range escapades at a second-hand bookstore near the fish store). Maybe $1 doesn’t seem too much to you now, but it was a big deal for me then! In that part of the world, the average monthly salary wasn’t too much. My family, in particular, made no more than $20-$30 a month and our friends and neighbors didn’t make more either. So, if I could get to raise one dime a week I was freaking lucky! It seemed a better plan to go to the bookstore and read the book there while I was still working on my fundraiser than waiting to make the money and go buy the book. Perfect plan, you see? Without that book and that fundraiser, I would have never gotten to tell you this story. That was my first encounter with… vitamin A. When I decided to go for my first fundraiser and that was not for a toy or a game, but for a book, I should have known that day that I will be a lifelong student, researcher, and storyteller…

Sadly, my fundraiser never reached a dollar. However, I read the book anyway in the store every time I visited the place. One day the cashier asked me how much money I had. I showed her the few coins in my pocket stretching my lips in a grimace meaning something along the lines of “so sorry, can’t buy it…, but would you mind if I keep reading it?”. “Someone else looked at it yesterday, kiddo” she said. My face must have shown so much panic that she grabbed the book, removed the price sticker, and sold it to me for the few coins I had. Needless to say what that meant for me and how happy I was! I ran straight across the street to the fish store to show the guy in charge what I bought. I almost got hit by a car in this pursuit, but nothing serious happened. The guy in charge of the fish store wasn’t the “owner”, nobody owned anything in that part of the world. He was nevertheless very involved in what he was doing and he was beyond proud of me. Seriously, a fish-selling stranger was proud of me! So proud that he told me to wait right there for a moment, went in the back and came back with the dustiest piece of glass I’ve seen: it was a very old fish tank he had tossed somewhere in the back of the store. I helped him wash it – well, mostly watched – noticed he never used soap or detergent, only sand as he taught me. He gave me a couple of bags with plants and a few scoops of sand from another guppy-tank he had.

“There! Now you have a proper guppy-tank. What was the most interesting thing you read about in that fish book you showed me?” he asked.

“Oh…, a lot of new things! Some people change the fish meat color by feeding them something called beta-carotene. Do you think that was true? Did you ever do that with your guppies? Is this how you make the red ones?!”

The guy in charge laughed. His fish were in good hands!

Well, that piece of information stuck with me since. The learning that beta-carotene was called so because it was found in carrots seemed really cool to me. The fact that the orange color of the carrots was due to beta-carotene was darn interesting too. However, the fact that you could feed beta-carotene to fish to color their meat was exhilarating! Damn, that was beyond what I could have imagined that one could do! But the excitement of this learning was far from reaching a peak. The most curiosity-triggering part was the fact that I had to eat carrots to get vitamin A. So…, since the most abundant substance in carrots was beta-carotene and one had to eat carrots to get vitamin A, then beta-carotene must have been vitamin A… Right?! This logic wouldn’t always apply, but it did in that case. That was my first trip to the university’s library where I had to present my mother’s ID because I didn’t have one to get issued a permit. That was the beginning of a very long (and at times difficult) investigator career.

No wonder it began with “A”!

I’ll tell you more about what happened to my mom and why eating carrots was so trendy at that time in my next blog. Hope you’ll enjoy it 🙂

5 thoughts on “Vitamin A – the beginning”