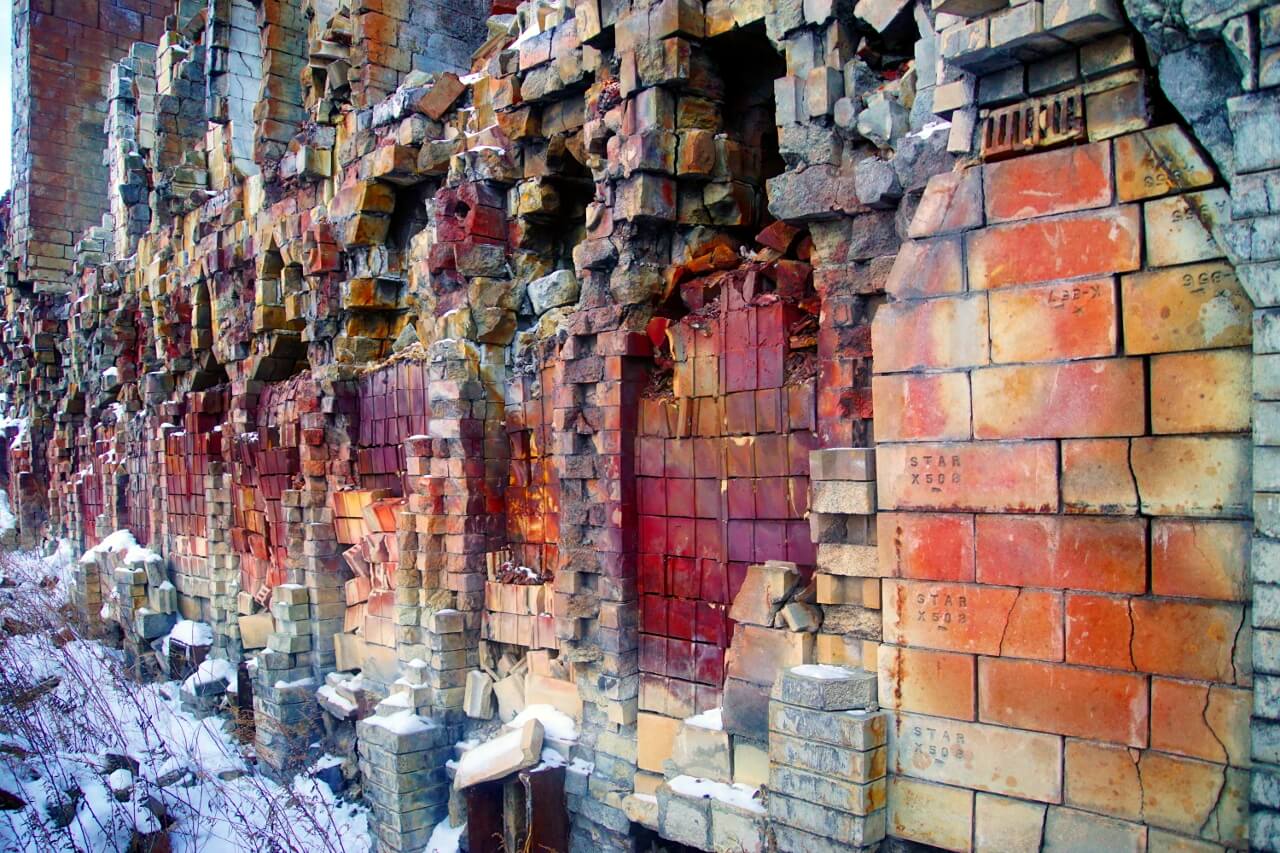 I make a terrible patient. I ask a ton of questions, I check myriads of connections, and I’m fixated on finding the root cause – a behavior that tends to drive nuts many clinicians. I do the same for my patients, however. For instance, I had a project recently on forecasting how a given population would respond to a new drug. My research didn’t start with the respective drug’s mechanism of action. Instead, I revisited for the (n+1)th time the anatomy and the physiology of each body part involved, accounting for every new discovery validated over the last few months since I looked at this last. That’s what I mean by the root cause. Make no assumptions, give no chance to forget, allow no misunderstanding.

If you think that’s a perfect way, think again. Try to picture what I hear back when I tell someone that blood sugar control is less a matter of carbs intake as it is a matter of fat intake. Diabetes is less a condition of sugar metabolism, as it is one of cholesterol entrapment. The anti-carb campaigns made us overly aware of the “bad foods” increasing blood sugar, so we stopped eating grains and bread shifting our focus on meat. The sexy sound of the word “protein” made us feel safe and indulged at the same time. Except for the cakes and cookies, most other grains were ok to trade for meat, so we eat the steak and one cookie and went to bed happy that the blood sugar was under control.  Then, a year or two later our blood pressure wasn’t in the normal range. Our cholesterol was ecstatically normal, but now there was an extra pill: the blood pressure pill. Both the physician and the pharmacist recommend a cholesterol drug too, an apparent nonsense. It’s the moment of the first doubt and the consequence of replacing carbs with meat a year or two ago.

The term protein was thoroughly adulterated, yet we see a golden hollow around it and preach it everywhere. The meat-based protein is far different from the plant-based protein: one comes with fat, the other comes with fiber. The first nourishes the growing youth, the running, hunting, or fighting men and the recovering sick. If you are to spend time with any nutrition team in a hospital, you’ll find out that the protein builds or rebuilds tissue. That is allowing a growing child to grow or providing the resource for skin recovery in the burns unit. Each pound of our body only needs half of a gram of protein per day (~1g/kg). The calculation, however, should be made based on one’s ideal body weight for the given height and not for the actual body weight. Hence, for most of us, our daily protein requirement should be in the neighborhood of 50-60g per day. That is about 3-4 tablespoons of actual protein. Any excess is actually harmful as circulating amino acids (hydrolyzed proteins) require many water molecules around them to keep them solubilized. That water comes from the surrounding tissues causing dehydration and adding an extra strain on the kidney. An exception will be the case of body-building (forming more muscle fiber), however intense physical exercise and hydration are required for that pursuit.

Other than the 50-60g of protein, the rest of the meat is a delicious and savory source of fat. Even the bone marrow in the bones is fat. What does that fat do, anyway? It depends. The difference comes from our genes and lifestyle. We surely heard of individuals with high blood cholesterol that are “protected” against cardiovascular disease. Despite their concerning high cholesterol numbers, they never develop hypertension or coronary artery disease. Thank God! Good for them. These individuals are not the living proof that fat is good for us, however. They are not the proof that science missed a point, we do know why they are ok. When fat is absorbed into our body, it travels at first as big fat droplets having ultra-low density – they float above anything. These droplets are called chylomicrons and they are formed of triglycerides, phospholipids, and lipoproteins. Chylomicrons require an enzyme, lipoprotein lipase, to be broken into smaller and denser fat particles. It is these smaller particles that can penetrate into our blood vessels walls and slowly form a plaque that hardens the wall and causes hypertension. Now, try to imagine someone having a gene that generates a modified form of lipoprotein lipase, one that cannot degrade the chylomicrons. Without that step, no smaller fat particle can ever get in the blood vessel wall. There will be a huge amount of fat in the blood, but zero atherosclerosis and no hypertension either. Such individual is protected by his or her own form of non-functional lipase. Thus, you see, it isn’t that cholesterol doesn’t always cause hypertension. It really does unless you carry a non-functional lipoprotein lipase and the chance for that is very low, 1 in 50,000 people. Such genetic particularity comes with many other signs and symptoms, such as abdominal pain, fatty deposits on the skin, enlarged liver and spleen, numbness, tingling, and an extremely high risk for pancreatitis or miscarriage.  A fasting lipid profile of an individual with chylomicronemia syndrome may score unusually high levels. If you want to read more about familial chylomicronemia syndrome, click here.

You must have heard of good or bad cholesterol. There is no source of good cholesterol, however. It is just our body that could – if well and healthy – convert bad cholesterol into a form of cholesterol that doesn’t harm us any longer. We call the latter good cholesterol although it doesn’t do anything “good”. It simply doesn’t do anything bad. Its presence seems to be correlated with healthy physiological processes, but we really have no proof what-so-ever to say that the good cholesterol does something good. With that said, I should maybe introduce the types of cholesterol droplets we have in our blood. The smallest are the so-called good ones and because they are small, they are also dense. They are called high-density lipoproteins (HDL). Although small, these particles aren’t penetrating. They cannot invade the blood vessel wall, so if we have them they stay in the blood for a longer time. An elevated HDL is a good thing. Once formed, it means that bigger, more dangerous fat particles have been degraded.

The next size up are the low-density lipoproteins (LDL). These are known as “the bad guys”, but not all are bad. There are some smaller LDLs and some bigger LDLs. The bigger LDLs are the ones formed as a result of omega-3 treatment when we try to lower triglycerides (TG) and very-low-density lipoproteins (VLDL). There is this weird side effect when LDL gets higher as the TG and VLDL get lower. That is not a concerning type of LDL. The blood test picks on it because it looks similar to other LDLs, but in fact is slightly bigger in size and unable to penetrate the blood vessel wall. That is why LDL elevation triggered solely by omega-3 is not alarming. However, LDL elevation as a result of diet is a significant concern (that is the smaller sized LDL, marked by APO-CIII lipoprotein). This LDL can enter through the endothelium into the neointima (the blood vessel muscle) through passive molecular sieving. The more LDL in the blood, the more will push through to enter the blood vessels’ wall. The more in the wall, the harder the wall. The harder the wall, the higher the blood pressure. The higher the blood pressure, the more LDL will be pushed to enter further and deposit into the blood vessel wall. That becomes a vicious cycle until the blood pressure is so high that a plaque ruptures, travels and gets stuck, forming a clot in the heart or in the brain.

So, you see, as soon as hypertension is diagnosed, a cholesterol drug is essential or otherwise a stroke, myocardial infarction or bypass are in the foreseeable future – no exaggeration. Some people think that pharmacists make more profits by advising them to start a certain medication. I do not dispense drugs but I know that a pharmacist makes $5 for a one-month refill for a patient. If that is your case, I strongly suggest taking that advice. It isn’t profit, is genuine care.

I’ll be back later this week with more information about why sometimes I recommend cholesterol treatment despite normal LDL levels and a plant-based diet with loads of healthy fiber. Stay healthy until then!

One thought on “Don’t build that wall”