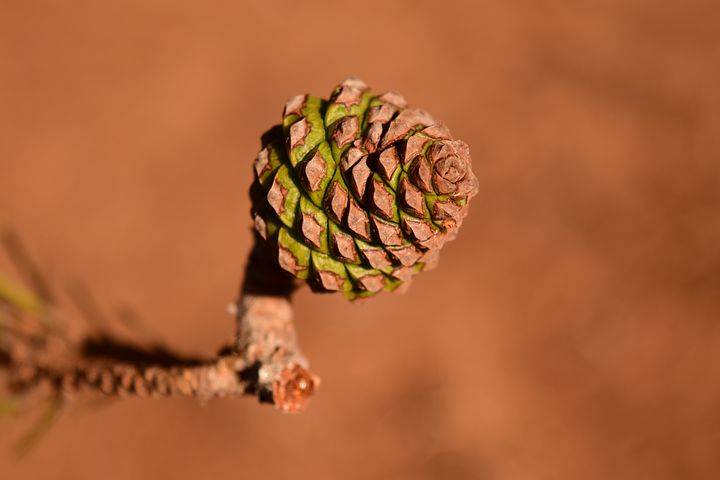 My exploration of melatonin and its maker – the pineal gland – unveiled to me an unexpected world of ancient mystery and spiritual illumination. Indonesians, Babylonians, Egyptians, Greeks, Romans, and Christians, all left behind ruins depicting the symbol of a pine cone. It wasn’t only these ancient cultures, but also more esoteric traditions – such as Freemasonry or Gnosticism – which also passed forward drawings including the symbol of the pine cone. The pine cone represented in all the “secret vestigial organ”, “the pineal gland”, and “the third eye”. We find it throughout the world’s history, throughout centuries, everywhere, in everything that our ancestors left for us! Today, the Vatican’s Court of the Pine Cone hosts the largest pine cone sculpture in the world and its history is not far from what I found everywhere else.

The pineal gland is the geometrical center of our brain. It is also shaped as a pine cone. Our biological “third eye“, “seat of the soul“, and “the epicenter of enlightenment“, meaning the pineal gland, was transmitted from one generation to another as a sacred symbol: the pine cone. Aside from spiritual consciousness and enlightenment, the pine cone symbolized everlasting life. It was a result of this sacred symbol that church candle-holders and illuminating lamps were made to consistently follow the shape of a pine cone.

So, for many reasons that we do not understand, the pineal gland was known for a long time to be responsible for many aspects related to spirituality, but also to physiology, such as reproduction. Interestingly – or paradoxically! – the pineal gland was once considered a phylogenic relic, a vestige of a dorsal third eye (!!) of little functional significance. That’s what us humans do when we do not understand: we think it doesn’t matter! Well, over hundreds and thousands of years, humans could at least figure that the pineal gland is pigmented. That pigment was melanin, another molecule produced by the pineal gland – much bigger than melatonin, however, and responsible for our skin color. Now this explains why early 1900’s scientists were giving pineal gland extract to experimental animals in an attempt to make their skin change color. This even happened successfully in tadpoles! The ultimate goal, however, was to develop a treatment for vitiligo.

Even before the actual discovery of melatonin in 1958 – by a group of dermatologists – not surprisingly! –  Altschule and Kitay showed that pineal gland inhibits gonadal maturation and function. They demonstrated in their lab at Harvard University that removing the pineal gland from young rats accelerated gonadal growth. Yeah, it was that time in science when if you didn’t know the function of an organ you simply cut it off and watched what happened. It sounds barbaric, but this was how they did it. This is how we learned. Although, I may be wrong. Thousands of years of history prove that we knew very well for a very long time what the pineal gland was all about. How did we lose that knowledge? Why did we have to re-learn? Nobody knows…

Going back to the gonadal maturation experiment at Harvard, administration of bovine pineal extract had the opposite effect. This is why scientists published that pineal gland contains what was called a gonadal-suppressing hormone. The time passed and Learner discovered “officially” melatonin at Yale (1958), however, no concept connection was made. Soon after, Fiske et al showed that continuous illumination decreased the weight of the rat pineal gland. The same extended illumination was shown to enlarge rats gonads just a few years earlier. I’m sure you agree that the pieces of evidence were overwhelming, at least based on what we know today! I’d call them mind-blowing! It was fascinating what the scientists had to say – read below!

“Perhaps the rate at which the pineal secreted its hypothetical gonad-inhibiting hormone was decreased when animals were placed under continuous illumination; if so, then the relative lack of this putative inhibitor might underlie the gonadal hypertrophy. To examine this hypothesis, we assessed the ability of bovine pineal extracts to block the gonadal hypertrophy and abnormal estrous cycles induced in young rats by exposure to continuous light. They worked: two and two indeed did make four. Now all we had to do was to discover the identity of the gonad-inhibiting substance in the mammalian pineal and see whether its synthesis was suppressed when animals were exposed to environmental lighting.” – Richard J. Wurtman, 1985.

Far from the brilliance of the story I just told you, beyond the discovery of melatonin in 1958 little progress was made for as long as two decades. Check out our knowledge to-date about melatonin and you will see the number of publications over these specific decades. At times science moves on the wrong track either by accident or moved intentionally by interests of some highly influential individuals. We do not know – yet – why melatonin research wasn’t undertaken on the most interesting and revealing path early on. However, today we know a significant wealth of information about this molecule. Another wonder-maker? Yes, since ever. History seemed to have pointed it out to us for centuries and we missed it altogether at every point in time!

You can read my previous posts about melatonin here and here. Read more to learn more and share what you learned. Stay healthy until next time!