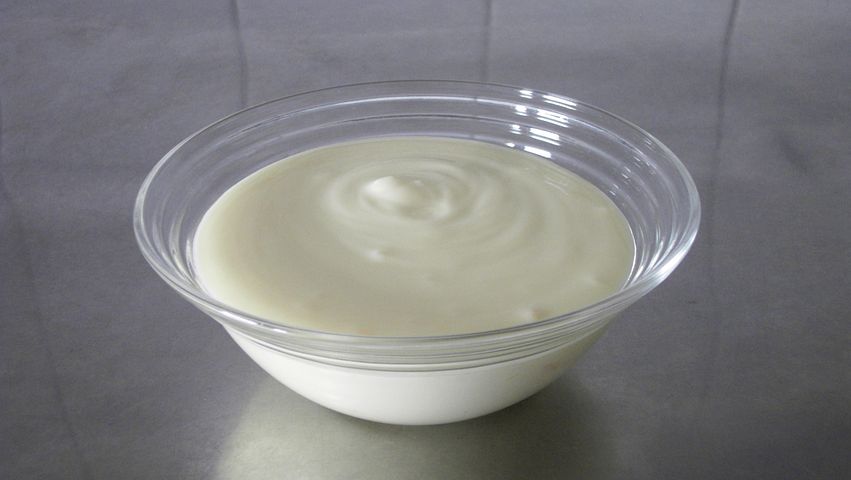 Although I was aware of probiotics supplements, the need for one didn’t strike me until our diabetes and GI cancer study. It was our own research data that convinced me that it all begins in the gut.My team was conducting a survey of experience at Roswell Park Cancer Institute, in Buffalo, NY. At no point we had a single probiotic-related reason or even a thought when we planned for that study! We were interested in studying individuals with diabetes mellitus that presented with any gastrointestinal malignancies (i.e. tong, esophagus, stomach, small intestine, colon or rectum). The idea of the study was that the way diabetes mellitus and cholesterol were managed to begin with, may have played a role in the tumor evolution, its ability to recur and even play a role in patient survival (find here more about this study). By that moment in time we (and others) had already evaluated patients with diabetes and other cancers and – as you know by now – data indicated metformin users as having a significant advantage. So, in a way, we expected to see the same this time. But, as always, the unexpected unveils the most extraordinary discoveries!

In gastroenterology, clinicians categorize the various segments of our GI tract into upper GI and lower GI. The upper portion includes the stomach and everything above it, while the lower portion includes the gut and the butt. Well, looking at our data, we found out that our expectations were met in the upper portion of the GI, but not in the lower. Individuals who presented with a tumor in the lower GI did better overall than individuals who presented with stomach or esophagus cancer. However, metformin – for example – had less room to help in patients with lower GI malignancies. It did help, but not as much as it could have. That’s the kind of moment when it strikes you! What the heck was different in the lower gut? Several things were different: size, contact surface, absorption-reabsorption, and … bugs, billions of bugs! These bugs were the cause of the actual cancer disease. They interfered with how food and drugs got absorbed (or not) in the body and how quickly the bowel moved stuff out. The slower this process is, the higher the chance for cancer development in the gut. Taking drugs or supplements known to otherwise be helpful – like metformin for instance or omega-3 – will prove useless if the gut is colonized with a vast majority of bad bugs. Then cancer grows, then we cut the tumor out together with 3-6 ft (1-2m) of the gut. That is good to get rid of the tumor, but that is BAD for our ability to absorb much needed medications properly! So this was why we could no longer see a beneficial effect from these drugs! They simply didn’t get in! Or got in much less than needed for a full beneficial effect.

The study was darn interesting and our team was in the seventh heaven, excited with the new understanding we gathered – naturally! Besides the publishing of brand new knowledge, that got me thinking prolonged hours, days, weekends…if in my own (obviously unhealthy) gut bad bugs had installed already, even if I was to start any cholesterol or diabetes medication they will not even get to absorbed properly into my system because of these bastards! Suddenly, the story of metformin or cholesterol medication working in some people and not others made a ridiculously logical sense! The more bad-bugs colonizing my gut, the less chance I would have to treat diabetes or cholesterol. Panic followed! OMG! I couldn’t allow it to get there. It wasn’t myself that preoccupied me, but rather the right way of approaching reversing or treating diabetes in roughly a third of the United States population and the other half a billion patients around the globe. We had to look into probiotics and how they could help preventing and treating cancer!

You better believe it that the next 5 teams of interns I got for training were assigned directly into investigating these matters. What they found isn’t different from the infographics prepared for you here, on this website. The billions of bugs inhabiting our bodies do play a major role in whether or not we live or die. Being able to step in and influence who rules your gut, is basically like deciding whether or not you want to live a couple of decades longer. I wanted to, so I decided to learn if my gut was colonized with the right bugs. In all likelihood that was impossible for at least two big reasons: to that date I had a good dozen courses of antibiotics (or more) and I eat a thoroughly westernized diet since more than ten years ago. So, what was the best probiotic for me? While I fully understood that some key bugs may not come in any probiotic mixes, I knew that a more diverse cocktail of strains will be better than a few. If my gut was full of bad bugs, then the conflict in that “area” will likely end-up with a purge of lots of bad and most of the good ones right after day 1. I had to clear enough then. A 30-40 billion daily dose was better than 2-5 billion. I mean, 1 billion is a spoon of yogurt, right? Another decision I had to take was whether or not I wanted to take prebiotic (food specifically for the probiotics) or simply eat more fiber to feed them. It sounds simple to eat more fiber, but I had to be honest with myself. If I have eaten that poorly thus far so that I allowed this many bad bugs to grow in my gut, then I was too bad at making the right food-choice-decision! Square and simple: I had to take prebiotic supplementation too. However, if I could choose not to take extra pills or smoothies, that would have been best. I don’t like taking pills any more that you like it! So, this meant that my ideal probiotic had to have all in one: good bugs packed together with their lunches!

This is how I found the Garden of Life Once Daily Women’s Probiotics (find all Dr. Alice’s recommended probiotics here). On the negative side: the pills were huge and sticky. On the positive: the box had a pink design! 😀 You can tell how excited I was about this, can’t you? As I looked at the capsule stuffed with a powder counting 50 billion bugs and their lunches, I felt like looking into the future. I was looking at the colonists of my gut from tomorrow! How would I know they were alive and ready to fight? What if they were already dead? What if the bottle wasn’t stored in the right conditions of heat, light and humidity? What IF?? Too much thinking! I took the capsule with a full glass of water. They were IN! The moment reminded me of an old movie with nanobots. That’s what I have right now crawling in me: nanobots! But what if my good bugs are not alive? Too many questions for a scientist. I scratched my head twice and had an idea: milk! I could test them with milk. Half of the bugs in this mix were ones that make yogurt too, so they will turn fresh milk into yoghurt if they are alive! Perfect test! Grabbed a bowl, poured milk in and sprinkled over it the powder from an probiotic capsule I opened. I covered it nicely with aluminum foil and left it on the kitchen counter. I did the same with another bowl in which I poured plain milk, but no probiotic powder. That was my kitchen-study control in case the milk was to go bad on its own – although in that case it would have smelled bad. DONE! Now I could head back to my to-do list for the day. My tummy began to feet bloated. It was roughly 30 minutes after I launched the bug-shuttle. They seemed to be alive… That’s why it was so memorable!

The next day I had an unexpectedly good morning. Much less cramps than I was ready for. To be fair, I had experienced much worse abdominal cramps on other occasions than with these probiotics. They did the job. My two milk experiments were living proof: one was solid yogurt, while the other was simply room-temperature milk forgotten overnight on the kitchen counter. The package was surely safe and as described. This convinced my husband to try it and then a few friends followed. Zero complaints to-date, but everyone was properly coached. It all goes better when you know what to expect. As I was saying in one of my early posts: most patients do not like being surprised! Not when it comes to their health, medications or any decisions thereof. The more one knows what to expect and what it means, the more likely one is to accept it. It was the same with myself. In a way, I feel like new. I mean, just think about it: on my planet everything had changed, except the planet itself! Hope you enjoyed my gut re-colonization story and learned something new. Check out our knowledge to-date about probiotics

One thought on “The world inside me”